It took me three Winter Olympics to get over the fact that curling is an actual sport.  And when I did, to my surprise, I found it entertaining.  Kwentong Nanay thanks TSC for this insightful piece.  Winter Olympics 2018, here we come!

Every four years, the world is treated to an exciting game of grown men and women sliding a cylindrical stone onto a bullseye on ice. The intensity heats up as we hear boisterous yelling and see furious sweeping in front of a path of a piece of granite that is approaching its goal. Click clack! The stone bounces off two other polished rocks and ends up in the middle of the target. The crowd goes wild! Curling is an Olympic sport that every Filipino should learn. Here are five reasons why.

1.  Big fish in a little pond. In his book, David and Goliath, Malcolm Gladwell argues that being a “small fish in a big pond” may ultimately lead to failure. Though successful at boxing, Filipinos have always tried to compete in sports where they have an obvious athletic disadvantage. As a result, Pinoys rarely qualify for “big pond” events such as basketball, soccer, or track and field. Why not try a different approach and seek out other obscure sports that have low barriers to entry? Although the Winter Olympics is one of the most non-inclusive and homogenous international spectacles in the world, it is also the venue for inane activities that fall under the category of “Is this a sport? Seriously?” The Jamaicans took advantage of this “little pond” strategy by fielding their own bobsled team despite never having snow. Similarly, Filipinos should take advantage of the fact that only sixteen out of eighty countries even tried to qualify for curling.

2.  How difficult can this sport be? Participants need only three skills to succeed at curling: sliding (on shoes, not ice skates), sweeping, and yelling. If Filipino teenagers can learn how to ice skate in Megamall in a matter of minutes, slipping on a pair of tsinelas and gliding on the ice should be a piece of cake. Furthermore, Pinoys are practically experts at broom-related activities. Whether they use the walis tingting, walis tambo, or the coconut bunot, Filipinos are very well acquainted with sweeping (and scrubbing). The final skill, yelling, will be discussed later on.

3.  Minimal equipment is needed. Unlike elitist Olympic sports such as fencing, in which an individual needs three different swords and ten pieces of protective gear, curling does not require too much. In fact, it is very easy to begin “street curling” at any ice rink in Manila. Havaianas flip flops can easily take the place of rubber-soled shoes (especially for practice). Walk into any Mercury Drugstore and you will see a plethora of brooms. Sandwich a hollow block in plastic, “MacGuyver” a handle on top, and you have your makeshift curling rock. If every mall in Manila converted their ice skating rinks into curling lanes, the sport would be as accessible as Jollibee.

4.  Curling is a clone of bowling and billiards … sort of. What are two sports in which Filipinos have enjoyed success? At 1988 in Seoul, Ariane Cerdena won the only Olympic gold medal for the Philippines. Unfortunately, bowling, though somewhat similar to curling, is only deemed as an “exhibition sport.” Hence, the gold medal doesn’t really count. Because curling involves caroming a rock against another, it is similar to billiards. Ernie “Bata” Reyes and Django Bustamante are two of the most popular Filipino sports celebrities because of their success on the international billiards circuit. Now if people at the pool halls and bowling alleys would agree to spend time on the ice.

5.  Pinoy yelling and jargon. Finally, what better way to showcase peculiar Filipino terminology than at a game that requires yelling. Imagine hearing an alpha-female sliding on ice screaming,“Kis-kis! Kis-kis para may pektus!” Or a moustached man with a beer belly bellowing in a deep voice, “Kabig, kabig! I-banda mo! Dahan-dahan para sakto!” Cheers of “swak” accompany high fives on the sideline. Exclamations of “aynaku … mintis,” and “sayang…sumablay” signal a round of chain smoking on the sidelines.

Curling is a ridiculous game unworthy of being called a sport. However, it should definitely remain on the Olympic roster because it may be the only ticket for “developing” countries such as the Philippines to achieve its gold medal dreams. After all, Filipinos are never going to compete with the Europeans and Canadians in any event that involves ice skating. The Americans practically dominate anything that requires skis and snowboarding. And unless Filipino ice dancers are shipped to sports academies as toddlers, they can forget about figure skating. With its obvious connections to Filipino culture, curling is the answer to the Philippines’ Olympic prayers. 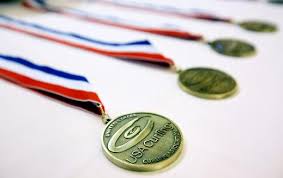